With nary a moment’s hesitation, Crystal Wagar declares her No 1 rule of life in her deep, jazzy voice when I presented the question. It is one of many important lessons her mother — her role model — had taught her.

Growing up, she was weaned on the strength of women by whom was surrounded. Sports — running track-and-field and cross country — cultivated her stamina and tenacity not only in body but also in mind (“There are no limits… I never want to hear the words ‘I can’t’.”)

For a while, she dreamt of becoming an actress — a career that would, she thought, proffer her vivid imagination a creative outlet. But she eventually chose law. Justice has something to do with it.

She hates it when women judge other women instead of supporting one another, and is an advocate of risk-taking — because what’s the worst thing that could happen? “If you fall down, get up, shake it off and stay focused on your goal.”

But the best advice she will give you is this: Don’t worry about what everyone thinks, and just live your life.

Oh, and, she rubs shoulders with the Obamas (scroll down for visual evidence), and learned how to strike a good pose for the camera from Diane von Furstenberg.

These are just a few awesome things about this statuesque woman that wowed us.

Crystal Wagar is the wife of former United States Ambassador to Singapore, Kirk Wagar. She’s a mother of two — three-year-old Rhys and five-month-old Avery — and before Singapore, she ran her own law firm with an

all-women team. As the Wagars prepared for their return to the US on January 20, we were invited into their home, aka the Chief of Mission’s residence (we love our job!) for a chat and a photo session.

Impeccably dressed in an all-pastel-pink outfit from MSGM, she is standing tall in a cool pair of Isabel Marant heels, and it needs to be said that her accessories game is strong. Crystal Wagar may be a lawyer who was used to wearing power suits and the ambassador’s wife, but there’s no stopping her from being unapologetically who she is. She is a fashion aficionado, she is fun, she has an infectious hearty laugh, and hair to match her personality. And yes, she is kind.

If you fall down, get up, shake it off and stay focused on your goal.

What did you dream of being when you were growing up?
CW:
An actress. I really wanted to be an actress.

What/who was that dream inspired by?
CW: There wasn’t a specific movie or actress that inspired me. I was a very creative child. I’ve always had a vivid imagination, and I thought that the best way I could use that imagination was by being an actress.

But you went on to become a lawyer instead.
CW:Yes, when I was around 10th grade, I thought (acting) is probably not going to work out. I had so many other things going on. I have been an athlete since I was six years old (she played basketball, volleyball, and did track and field and cross country). Academics were big in my household,

so I had to focus on that. Between school, sports and other extra curricular activities, I just couldn’t seem to fit drama classes in. I did, however, join the choir to test (the possibility) a little bit. But no, I decided to do something around justice, and I decided that I wanted to be a lawyer.

What’s your proudest achievement to date?
CW: Professionally, as a lawyer, I worked as a part of a team to bring a train system to Miami, where I came from, and that train system will go from Miami to Orlando, providing transportation so that people have the option of taking the train instead of flying or driving. It’s going to make a difference people’s lives. It provides jobs and it will provide opportunities for those who otherwise might not have it. It provides efficiency for my community, and it’s being built right now, so I’m very excited about it. I’m very proud of that because it will be a legacy of mine — I will always be able to see it and my children can enjoy it, too, at some point.

NOTHING WORTH HAVING IS EASY… YOU’VE GOT TO ASK FOR WHAT YOU WANT.

And personally, my biggest accomplishment to date is having played a small part in history in working round the clock in several capacities to help get Barack Obama elected President of the United States. I am very proud of that.

How would you define success? What qualities do you think are essential to achieving success at work and in life?
CW: As you go through your life journey, make sure that you’re nourished and satisfied by whatever it is that you’re doing. If you’re baking cakes, then hopefully you are the best baker you can be, and that it satisfies you because then you will go about your day being happy — and that means you’re successful. For me, success means having and owning my identity, having a successful business/law practice, and having meaning in my life. If I can pull off all those things and be happy, that is success.

Speaking of success, we often read about successful people talking about the importance of cultivating good habits. Can you tell us how you usually like to start your day?
CW: Pre-kids, I liked to start my day with a run or a walk, but with children (laughs), it starts with waking them up or being woken up in the morning and having breakfast in the dark, usually at about 5:30am. 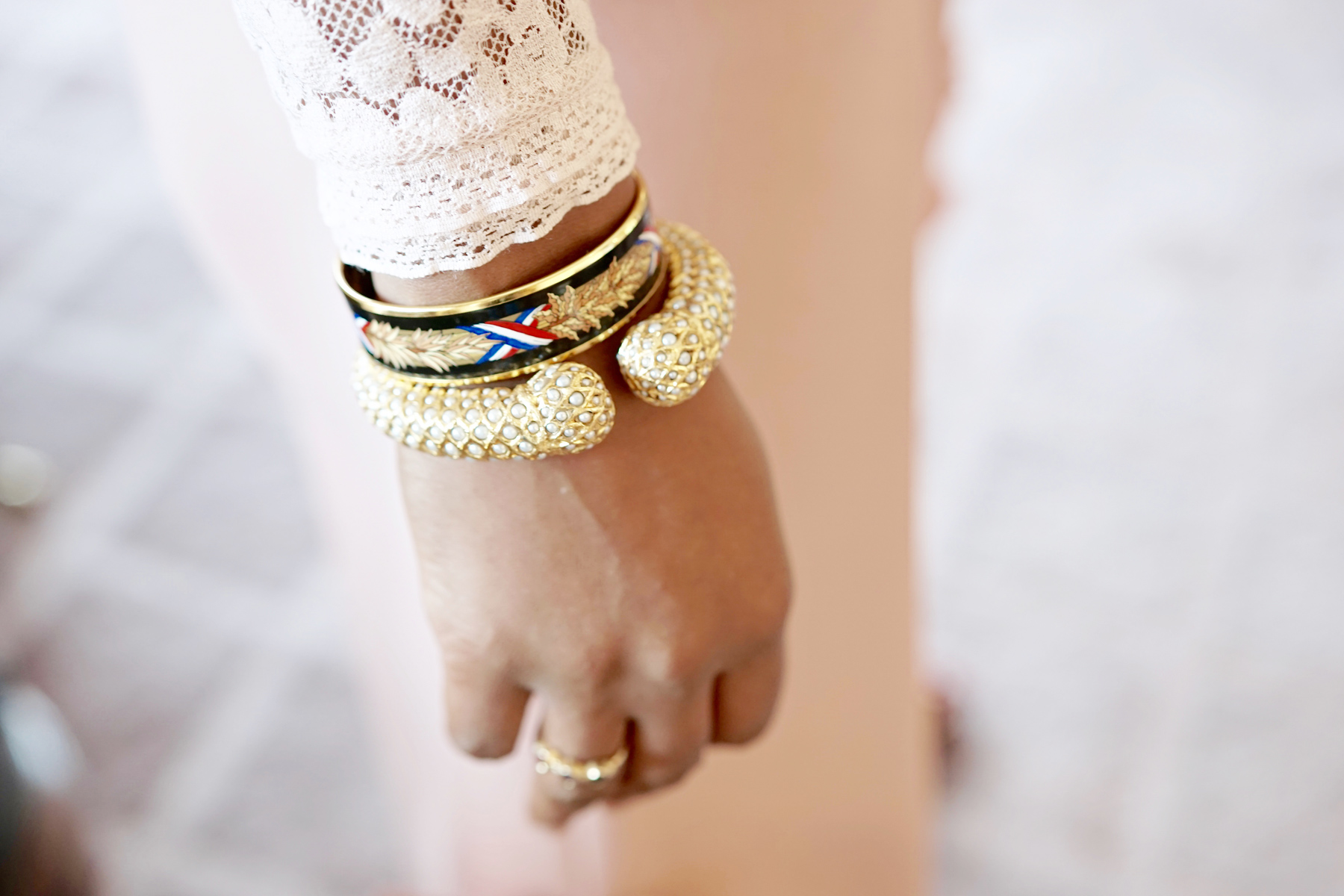 More and more women are pursuing their dreams and starting their own businesses. What advice would you give to someone who is about to embark on that journey?
CW: You have to put yourself out there. You have to be prepared to take risks. The risks will show themselves, and you’ll have to choose to jump or not. One thing we as women don’t do enough of is to take risks. This piece of advice comes from my parents: If you fall down, you have to get up, shake it off and stay focused on your goal, because there are going to be pitfalls, there are going to be things in your way. Nothing worth having is easy. So stay focused, take risks, and you’ve got to ask for what you want.

Why do you think it’s still such a problem for women to just go out there and ask for what they want?
CW: I think it is not innate for us to just break through that door and ask for what we want, or to negotiate, or to say “no”. One, there’s the fear of rejection. Two, when women are aggressive, because you’ve got be aggressive, we get labelled — not only by men, but we are labelled by other women, which is horrible. I hate that. We don’t have the luxury of not supporting each other as women. But my advice is, don’t take rejection personally. Just do it.

Who are the women you look up to?
CW: I love Oprah. I love her. I love her story. I love that she is positive. But I think the person whom I have looked up to most is my mum. My

mother and her group of six friends — they are just hilarious, but they are all no-nonsense, educated and phenomenal women. I was raised by all these women and that laid the foundation. But it was mainly my mum who gave me “the rules of life”, as I would put it.

OK, so we need to talk about Michelle Obama. What is she like in your eyes, and what have you learned from the former FLOTUS?
CW: She is wonderful. She is in the public eye as the wife to the (former) President of the United States, and she’s a mother to two girls who

We don’t have the luxury of not supporting each other as women.

(Michelle Obama) has maintained her dignity, class and intelligence in the last eight years… She is always genuine — what you see with her is who she is, and I love that.

grew up in the White House — that’s got to be tough. But she has maintained her dignity, class and intelligence in the last eight years. Whenever she is giving speeches or interacting with people, she is always genuine — what you see with her is who she is, and I love that. I could sing her praises for hours.

What do you think women you’ve worked with or interacted with have learned from you?
CW: At my law firm, I employed only women. (I came from a male-dominated environment, and I know what it is like to be disregarded, ignored or not be understood because women have lots of different issues from men.) I am always very tough and tough-minded. I believe that there is not a problem that cannot be solved. Just take a step back, think about it and you can resolve it. I hope that they have learned that from me. I hope I have taught women that there are no limits — there is no such thing as a ceiling to me. So don’t limit yourself. I never want to hear the words “I can’t”.

What is the best advice you have ever given?
CW: Don’t spend a lot of time worrying about what everybody thinks. We spend so much time on that. People will always have something to say. Just live your life.

Love that. Now, let’s lighten up and talk about our other favourite subject: Fashion. How would you describe your style?
CW: Oh, I am a tomboy trapped in a girl’s body. I like strong, clean lines — they just look better on me. But I still like to feel feminine. I am fond of

anything A-line and tapered around my waist, anything colourful. I used to wear only black maybe because I was practising law. But colours are good because they brighten you up a little bit. I love designers like Phillip Lim, Public School — very urban and edgy. I like edgy — it has shocked a lot of people (laughs). My closet also seems to be filled with Chloé, Badgley Mischka, Diane von Furstenberg and Dries Van Noten. Right now, I’m into Korean fashion.

Where do you like to shop?
CW: I am Gilt fanatic. You find all these little gems. I also like at Net-A-Porter, and Rue La La is interesting.

What is your idea of a power suit?
CW: My idea of a power suit has changed. When I was practising law, a power suit would literally be tailored, three-buttoned, collared blazer with a little camisole underneath and a pencil skirt. But these days, comfort is key. Know your body and what is comfortable for you, because then you will feel good and confident.

What do you never leave home without?
CW: My Buxom lip polish.

And finally, we’d like to end this interview with another pet topic of ours: What are you reading right now?
CW: Oh, I am reading two books: On Beauty by Zadie Smith — she is one of my favourite authors. And I just started reading Behind The Beautiful Flowers by Katherine Boo. It is about women in the Middle East.