Once upon a time, a lovely girl named Liv met her charming Prince Henry. Like many a modern love story, it happened one night at one of the chicest clubs in town. She might not have known it at the time, but on 11/1/11, she found The One. And five years later, they took a vow to live happily ever.

In collaboration with Vera Wang and The Canary Diamond Co.

His hello was the end of her endings
Her laugh was their first step down the aisle
His hand would be hers to hold forever
His forever was as simple as her smile.

He said she was what was missing
She said instantly she knew
She was a question to be answered
And his answer was “I do”.

Love was definitely in the air. In fact, there might have been sparks flying inside the patrician presidential suite at The St Regis. “They are the epitome of #CoupleGoals!”, our intern blurted out as soon as Liv Lo and Henry Golding were out the door after our photo shoot. Yup, #CoupleGoals is right.

On August 20 last year, the handsome couple tied the knot in Kuching, Sarawak. A little investigative journalism (also known as the stalking of persons of interest’s Instagram these days) confirms that it was a beautiful wedding,

and many happy tears were shed. But don’t take our word for it — search #MrAndMrsGolding for evidence. (Warning: You may experience severe envy.)

Their love story is the stuff of modern fairy tales or Hollywood rom-coms. Except, it’s real life. Boy meets girl at a party. Boy leaves girl an awww-inspiring, Gosling-esque message on a tequila bottle one morning. Girl falls in love. Boy falls in love. He proposes by the sea with the sunset as their witness. And she says “I do.”

In a room full of people, Liv and Henry were coruscating in their own bliss, in their own world. There were giggles. Furtive glances segue into long, loving gazes. There was

a little grooving and a lot of flirting. One moment he’s zipping her in to her Vera Wang “Lexi” dress, and the next she’s holding his face in her diamond-embellished hands and whispering sweet nothings into his ear… It was darling, and the camera lapped it all up.

“It’s weird!” the lovebirds chorused and chuckled when I remarked that working together on shoots like this must be so natural and fun for them. But it was plain to see — Mr and Mrs Golding bask in each other’s company, and that crazy little thing they have between them is, truly, some kind of wonderful. 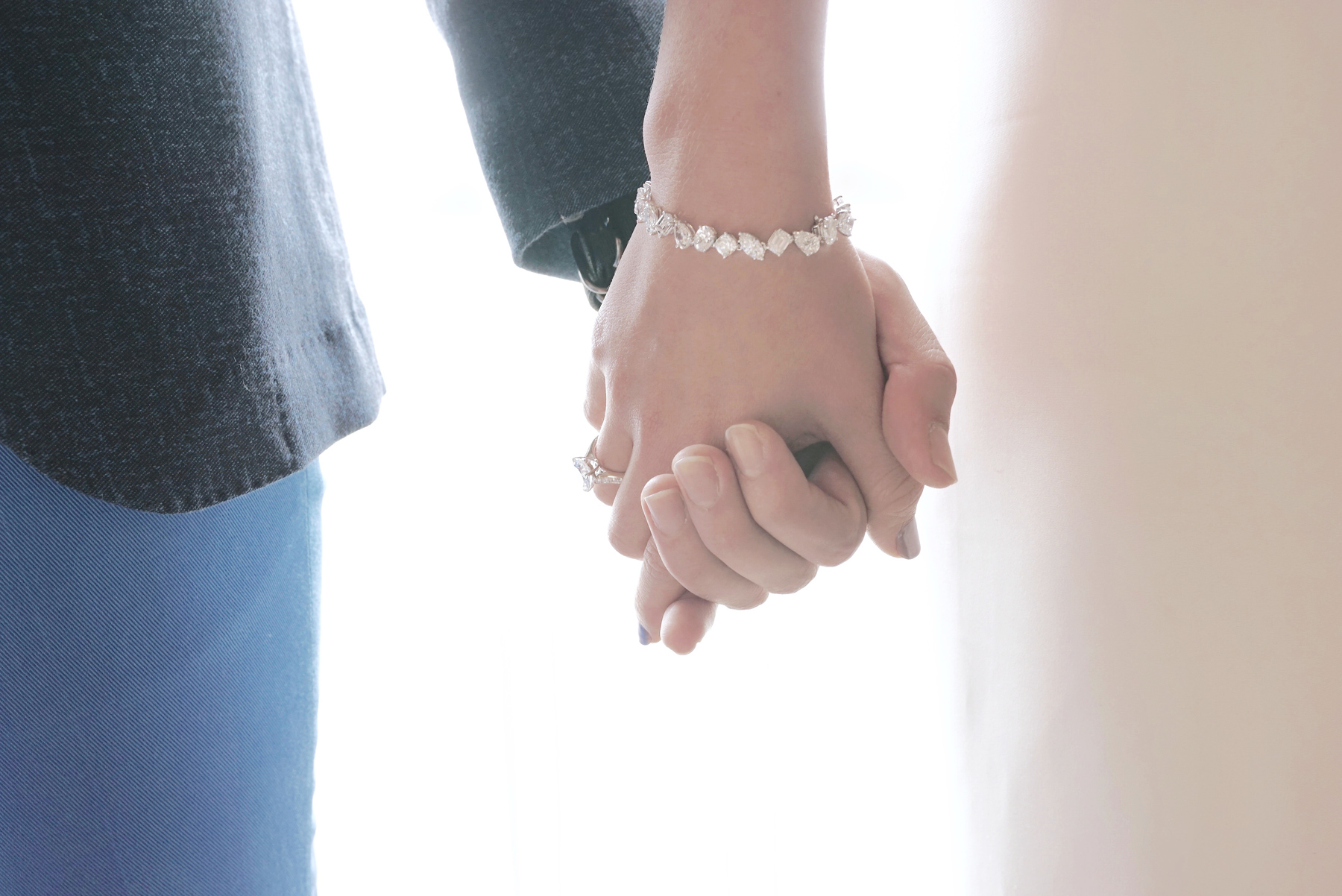 Henry Golding: When we first went back the UK to meet my family — it was the first time I had heard anyone call my mum “mum”. She fit in instantly.

Where and when was your first kiss? No consulting each other!
Liv: First, first kiss that doesn’t count was in my apartment lift. It doesn’t count because we were a bit tipsy and we just shyly pecked. I don’t even think he remembers.

Henry: She manhandled me in her apartment lift after a drunken night of shots at a bar.

When did you realise that he/she’s The One?
Liv: He said, ‘If you ever need me, I will be there.’ And he is.

Henry: We saw and planned our future so effortlessly. It was like our gut instincts took over, and the rest was fate.

What’s the best gift he/she has given you?
Liv: Every gift!

Tell us about The Proposal.
Liv: He proposed on the beach with champagne at sunset after spending the best day ever together.

Henry: I’d imagined a random sunrise on the beach in Thailand. Sadly, we thought twice about getting out of bed when we woke up that morning as we LOVE sleeping in. So, instead, it happened at a beautiful restaurant on the rocks by the sea at sunset.

Sundays would always be better with you and a bottle of tequila.

It was like our gut instincts took over and the rest was fate.

Henry, how did you shop for Liv’s engagement ring?
Henry: I had a friend who had bought some bespoke jewellery for his engagement ring to his wife. I went through the process of researching different cuts and imagining them on Liv, and it came down to the marquise or pear cut. I instantly fell in love with the teardrop/pear shape stone and went about designing something classic with the jeweller.

What, to you, is the most attractive quality about him/her?
Liv: His thoughtfulness, authenticity, intelligence and sense of humour.

Liv, what kind of a bride would you say you were?
Liv: Bride-chilla. I diligently took care of what needed to be done as they came up. Nothing came as a surprise. In fact, I didn’t stop taking care of things until the moment I stepped onto the aisle. From there, I let it be.

What did you look for when shopping for your wedding gown?
Liv: I wanted to be comfortable. I didn’t want to be confined or wear something trendy. I wanted the dress to be suitable for an outdoor wedding and show off my assets. I loved that I wore a veil as well. A bridal gown feels like a fancy dress, but as soon as the veil went on, it felt like I was getting married. 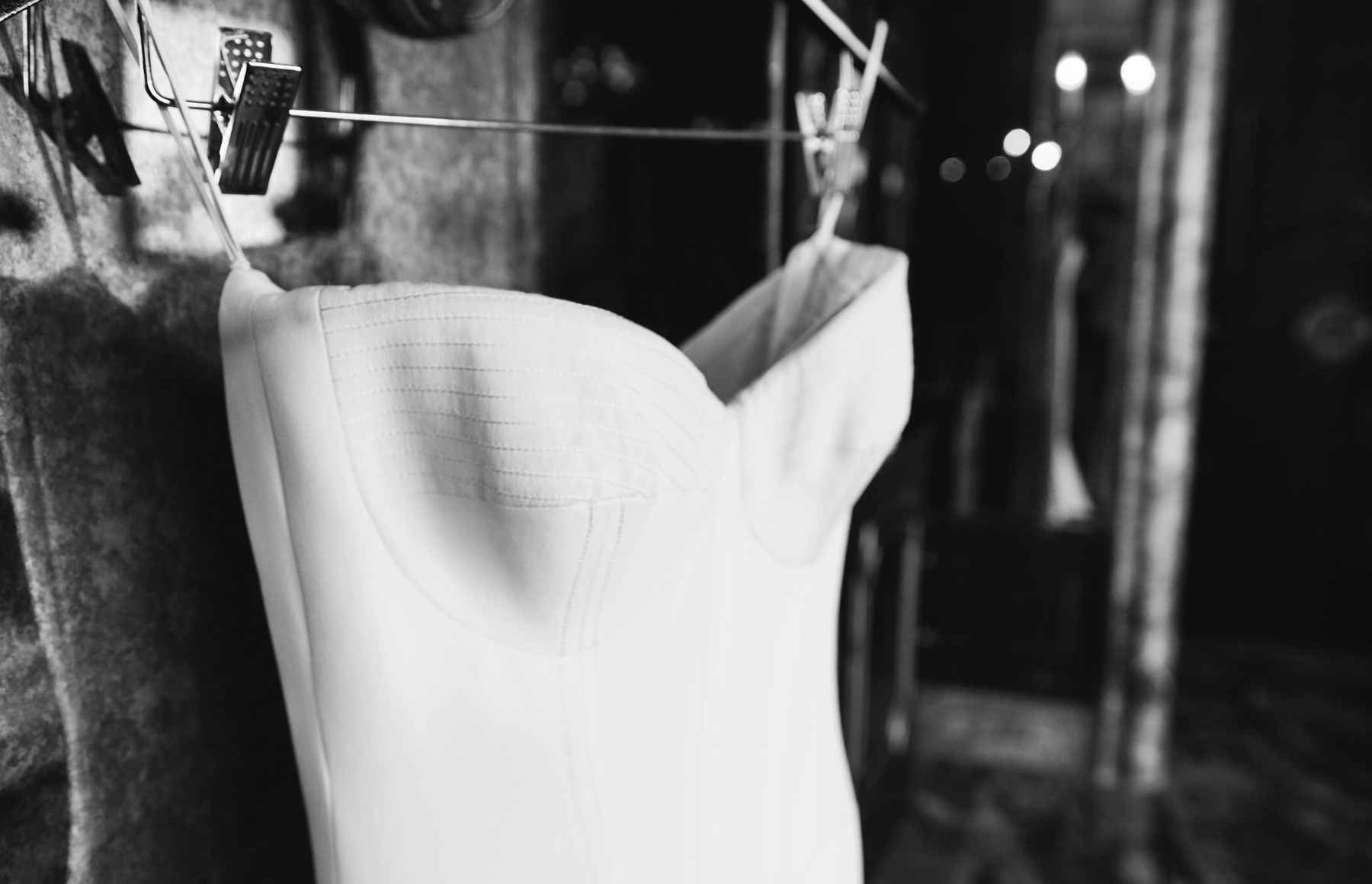 I wanted to be comfortable… I wanted the dress to be suitable for an outdoor wedding and show off my assets.

I went through the process of researching different cuts and imagining them on Liv — it came down to the marquise or pear cut. 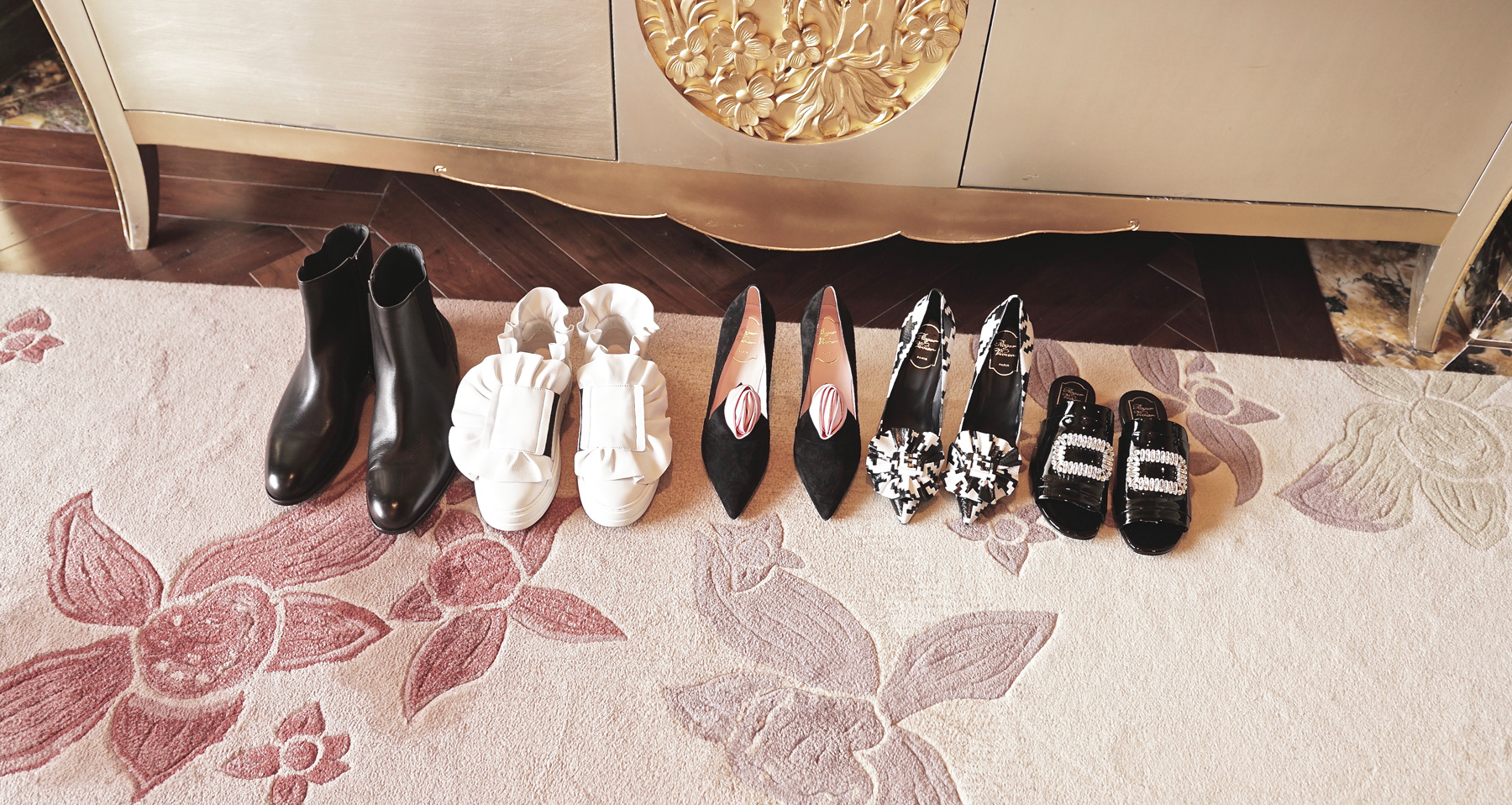 What was the best part of the wedding?
Liv: Everything. The ceremony, the speeches, the reception, and the pool party that came afterwards.

Henry: The fact that everybody came from all over the world. You can only achieve that at two points in your life — your wedding and your funeral. I don’t think I’d be present for the latter.

Keeping a relationship strong is all about Team Us — everything else falls second to each other.

Can you share a funny story about you guys with us?
Liv: I came home from work one day to find a huge cactus in the hallway. It was a gift from Henry — he purchased it while he was roaming around town that day. We live at the top of a hill, so to this day I have no idea how he carried it up without prickling his face. It must have been love.

Henry: We bought tickets for Def Leppard in Tokyo and dressed up like ’80s rockstars. We turned up to a sit-down concert which was packed full of Japanese conservatives.

Now that you’ve found love, what’s next? What do you think it takes to keep the love and passion alive?
Liv: I have no idea. We’ll keep working on it as we go along. If anything started to change, I think we’d look back and do something for ourselves to keep us in love.

Henry: We will be concentrating on spending time with each other before we have children. Enjoy the “free life” for as long as we can! Keeping a relationship strong is all about “Team Us”, everything else falls second to each other. 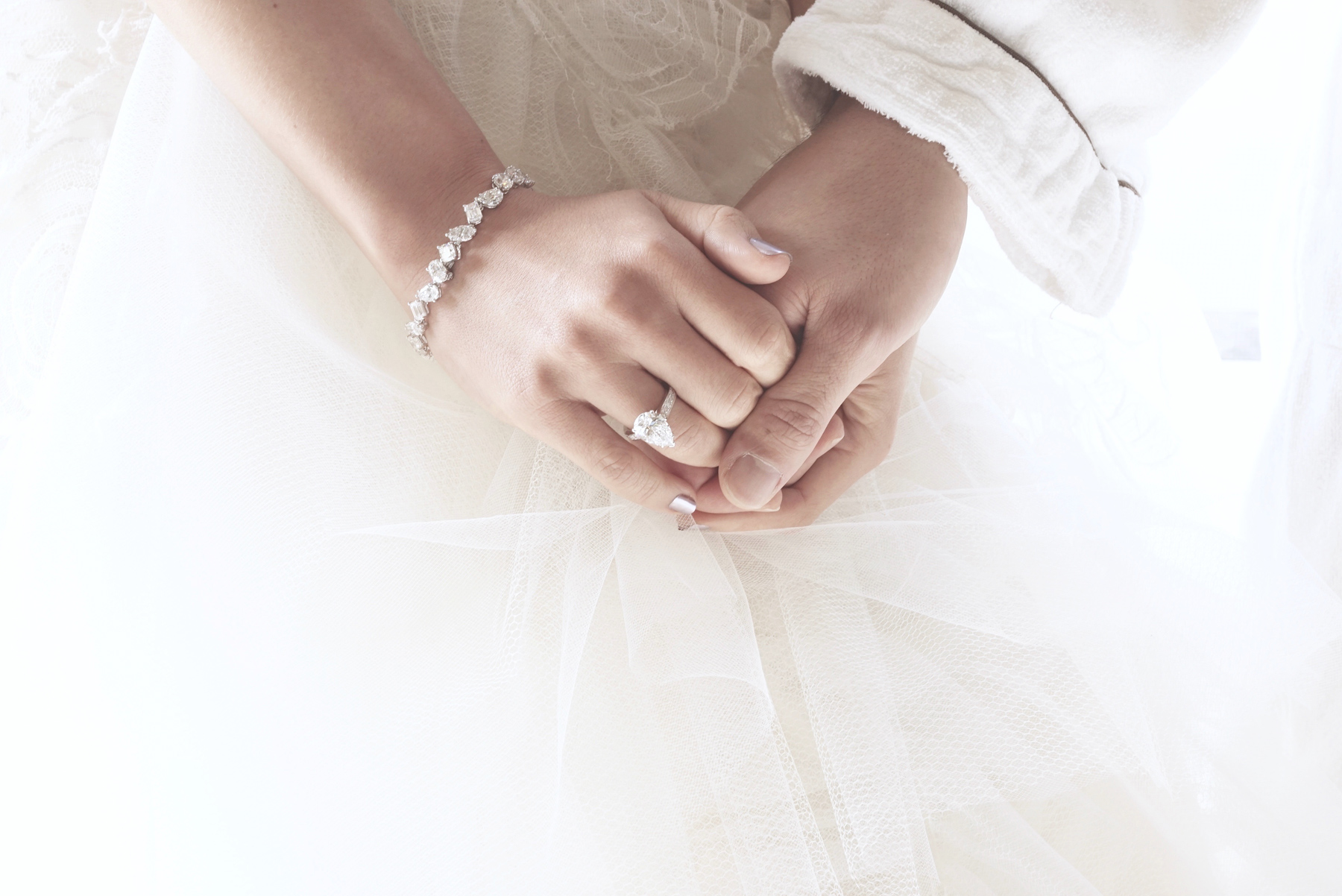 Take A Walk In Her Shoes:
Anna Haotanto

Anita Kapoor:
How You Feel Is How You Look